How to Be More Effective at Professionals Networking

Brooks bases his assertion on a survey done among executives in the advertising and computer industries.  They were each given a quiz on their industry knowledge and then asked to rate how confident they were of their answers.

Now, some may say that such over-confidence is endemic among managers and executives, but not among the rest of the workforce.  Regular people are much more self-aware.  Or, are they?

These days, an awful lot of regular people are one hundred percent confident that social media is the answer to executing a successful job search.  They are absolutely certain that the path to re-employment runs through Facebook, LinkedIn and Twitter.

So, what do they do?  They devote countless hours to meeting virtual strangers on the Web and ignore the many connections and friends they have right in their own backyard.  They rely on contacts, when relationships will serve them better.

Network With the People You Know

Networking on social media sites is important, but it is not the only or even the best way to tap the job market knowledge and connections of others.  Where’s the proof that’s so?  Ask yourself this question: who are you more likely to help, a friend you met through your daughter’s soccer team or someone you’ve only met through an invitation to connect on LinkedIn?

The Golden Rule is golden because it represents the epitome of human behavior.  We all may aspire to its lofty standard, but in our day-to-day interactions, we are simply more comfortable investing our limited time, effort and connections in people we actually know.

Moreover, to “know” someone means that we have done more than read what they’ve posted about themselves on their Facebook page.  And, that’s the real challenge of networking.  It’s one of those rare words that actually says what it means: it’s netWORK, not net-type-a-couple-of-invites-on-LinkedIn.

Networking is an exercise in two-way knowing.  In order to get to know a person, we have to interact enough with them for them to get to know us.  We have to establish a mutual sense of familiarity and trust, the twin pillars of a relationship.

And, as I point out in my book, Work Strong: Your Personal Career Fitness System, each of us has more relationships than we realize.  A partial list includes:

·         All of your friends with whom you have lost contact over the years;

·         If you’re a member of a professional, technical or trade association or society, all of the members of that group whom you’ve previously met;

·         If you’ve ever served on a task force, special project team or select group of any kind (for your employer, academic institution or association), all of those with whom you served; and

·         All of your former high school, trade school, college and graduate school classmates and those in the classes ahead of and behind you whom you knew.

Network with those people – enrich your relationships with them – and you’ll have plenty of reasons to be confident about the outcome of your job search.

Peter Weddle is the author of over two dozen employment-related books, including A Multitude of Hope: A Novel About Rediscovering the American Dream, The Success Matrix: Wisdom from the Web on How to Get Hired & Not Be Fired, WEDDLE’s 2011/12 Guide to Employment Sites on the Internet, The Career Activist Republic, andWork Strong, Your Personal Career Fitness System.
All Posts »
PrevPreviousOvercoming the Challenges of Finding and Hiring the Right Marketing Candidate
NextMost B2B Podcasts Suck Far More Than They Should. Eleven Things You Can Do So Yours Doesn’t.Next 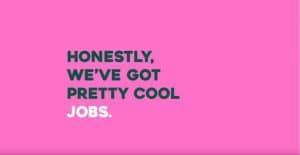 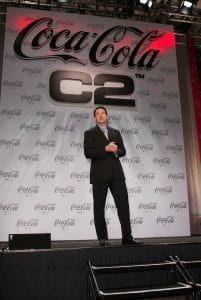 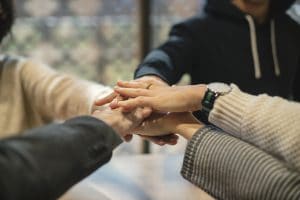 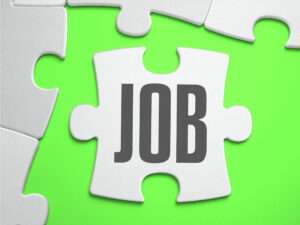